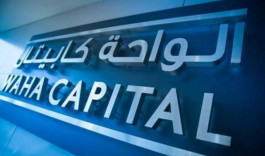 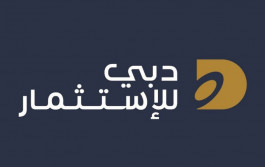 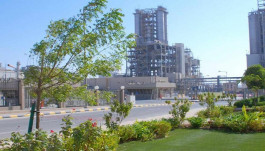 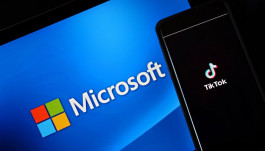 The Fed could sound slightly more upbeat about the economy after its meeting Wednesday, and that could be enough to reinforce Wall Street's growing view that a rate hike is coming in December.

What the market is hoping to hear in the Fed's post-meeting statement Wednesday is how it now views Brexit and its impact on the world economy. The U.K. economy has already shown some signs of strain following the June 23 vote to exit the European Union, but U.S. data has only gotten stronger.

That's important since Fed officials cited Brexit as one of the reasons why they did not hike interest rates in June, along with the surprising weakness in May's jobs report. The jobs market has since bounced back with June's 287,000 nonfarm payrolls.

We've got record levels of equities. We have volatility that's settled down. There's not much concern about contagion through financial institutions. The 10-year Treasury has backed up a bit. There seems to be a settling comfort that while conditions in the U.K. are not normal, it's not likely to produce much carryover here. That has the potential to influence the timing of the next Fed move. A lot of us are looking for any diagnosis of that situation, said Carl Tannenbaum, chief economist at Northern Trust.

There is no expectation for a rate hike Wednesday, but the market odds for a September rate hike have risen to nearly 30 percent on a spate of recent data. That includes Tuesday's new home sales for June, which grew at the best pace since early 2008.

This follows a string of better than expected indicators, such as retail sales for June and the employment report. Traders have been tracking a move up in the widely watched Citigroup economic surprise index for several weeks now, and that has been signaling the Fed could move to hike rates this year after all.

Following the Brexit vote, expectations in the Fed funds futures market were at a low point, where the market bets were even pointing to a rate cut in December and no rate hike for next year. As of Tuesday, expectations turned much higher, to a near 30 percent chance of a hike in September and a 49 percent chance for December.

I think they at least need to put the rhetoric out there that a hike is on the table. My sense is their line of thinking before Brexit has been restored. That would mean there's at least one hike on the table this year for them, said Jack Ablin, CIO at BMO Private Bank.

The Fed may not tweak the language in its statement too much or put any new emphasis on timing. Robert Tipp, Prudential Financial head of global bonds and foreign exchange, said the Fed will also not want to trigger market volatility or a move higher in the dollar that could hurt the U.S. economy, in anticipation of a rate hike.

I think they're going to want to try to open the door for rate hikes later in the year. It's a delicate balancing act. They don't want to sound so grim about the outlook that would lead people to believe the Fed knows something the rest of us don't, he said. At the same time, they need to exude enough optimism to make the case that a hike is something they could get away with, but in the best interest of everyone.

The Fed is also preparing to swim upstream against a group of central banks that are expected to keep easing. The Bank of Japan this week is expected to take more action, including ETF purchases, and the Bank of England said it could ease in August while the European Central Bank may move in September.

I think the Fed is probably not altogether happy in sensing that equity markets around the world are trading largely on expectations that no central bank will have the courage to exercise policy any time soon. We're back to the Greenspan put, Tannenbaum said.

Tipp said while he sees slightly less than a 50/50 chance of a 2016 hike, it's more likely that it will be December rather than September.

December is much more likely than September. I think by just leaving the door cracked open to hiking interest rates, they'll be trying to keep their options open, he said. In all likelihood, they're probably expecting European data led by the U.K. to tip over in the next couple of months, he said. I think optimistically they would see U.S. growth powering right through and Europe getting less worse than feared.

Some analysts believe there could be market volatility around the November presidential election, and that's another reason the December meeting would be more likely.

Some Fed watchers said there could be better opportunities than the meeting statement to find out what the Fed was thinking. Fed Chair Janet Yellen should be at the Fed Jackson Hole Symposium at the end of next month, and that should be a good forum if she wants to tweak the message, since more data will be available.

They could come up with other ways to make it sound like they're more confident. I think the statement is going to sound a little less dire, but I'm not sure it's going to sound so strong, said Michael Hanson, senior economist at Bank of America Merrill Lynch. The minutes matter more.