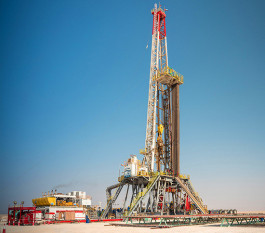 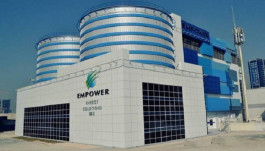 The Emirati "Empower" is close to listing on the stock market Today... the start of the subscription of "Fertiglobe" in the Abu Dhabi market The start of easing the precautionary measures in Saudi Arabia

Contracts worth 2.48 billion riyals were awarded for the sports track project in Saudi Arabia

The Saudi banking sector contains the repercussions of Corona Russia may move away from the dollar in the oil trade

International Energy: The energy crisis may slow the recovery of the global economy The dollar fell to its lowest level in 9 days The company explained that the reason for the annual decrease in net income for the second quarter is mainly due to the decrease in sales by 13.30% and this is due to the company signing a contract to supply medical supplies during the same quarter. from the previous year.

The company also noted the impact of a relatively low profit margin as a result of increased sales of low-profit products.

The reasons for the decline in profits also included an increase in selling and distribution expenses during the current quarter, due to the launch of a promotional campaign to coincide with the month of Ramadan.

The company reported that during the same quarter of the previous year, it benefited from government initiatives to mitigate the effects of the Covid-19 pandemic.

In a separate statement, Thob Al-Aseel stated that the board of directors recommended increasing the company's capital by granting shares at an increase of 33.33%, bringing the capital to 400 million riyals from 300 million currently.

She explained that the increase comes to support the company's capital to match its business volume and future aspirations, and to maintain financial solvency.

According to the statement, one share will be given for every 3 shares owned, and the increase will be through the capitalization of 100 million riyals of retained earnings and other reserves.

In a related context, the Board of Directors recommended the distribution of cash dividends to shareholders for the first half of 2021 with a total value of 22.5 million riyals, due to about 30 million shares, at 0.75 riyals per share. .

It noted that the entitlement to cash dividends will be to shareholders owning shares at the end of the trading session on September 19, 2021.