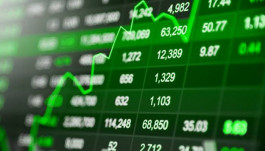 $300 billion in profits for American tech giants in a year

The group of American technology giants, known as GAFAM, recorded net profits of about $300 billion during the 12 months ended September 30, 2021, after achieving revenues of $1.35 trillion.

According to Arab Net, this comes after companies that include Google, Amazon, Facebook, Apple, and Microsoft benefited greatly from the boom in the digital economy since the beginning of the epidemic, as American technology giants demonstrated great financial strength during the epidemic.

And compared to the previous 12-month period, their profits exploded, as Microsoft’s profits increased by more than 43%, while Amazon’s profits grew by more than 51%, and Meta (formerly Facebook) recorded a growth of 59%, while Apple achieved a 65% increase in profits, Alphabet (Google's parent company) was the largest with 98% growth in profits.

While the huge sums that these companies make is detached from our reality, the German data company, Statista, has reformulated the profits of the tech giants for a shorter time period, so that profits are compared per second.

Based on Apple's net profit for the period from October 2020 to September 2021, the iPhone maker made a staggering $3,000 per second during this period, allowing it to retain its throne as the world's most profitable company this year, followed by Alphabet and Microsoft, as They each earn $2,239 and $2,153 every second, respectively, with Meta coming in fourth with $1,278 per second, versus Amazon's $833 per second.

Compared to the famous vaccine companies, which have benefited from a vaccine patent boom that has dramatically doubled their profits this year, the combined profits of Pfizer, Biotech and Moderna will be $1,000 per second for 2021 before tax. Infographic: How much do the top 5 technology companies make per minute for 2021